The Portsmouth Underbelly Tour  is less than three-quarters of a mile long but the distance guests travel can be measured in hundreds of years. We start at the historically fun Rusty Hammer or as most residents call it “The Hammer”, where food and drink can be easily obtained. As a matter of fact we encourage tour goers to show up a bit early and enjoy a libation while considering their travels. Though the distance is not long and can easily be managed we do suggest good walking attire.

There are six stops on the tour and with each stop we tell the stories related to the place and buildings. Portsmouth is a beautiful city filled with history and intrigue and with each stop a new layer of the cities veneer is pulled back. It’s hard to believe that so much can happen  in such a small space but it did and we are dying to tell you about it! With each stop a new tidbit of scandal is revealed. Remember you are part of the fun and feel free to ask questions at any time.

After assembling on the corner of State and Pleasant Street we make our way out of the center of town on our way to our first stop: The Treadwell House. This two and one-half storied structure has more history related to it than Joan Rivers has had facelifts! There are three specific stories told about this house and it’s residents involving murder, fire and money. The brick façade has weathered more than a few scandals and more than a few riots while still surviving the test of time.

Our next stop is at the “First” or “Best” house of Portsmouth. The stately mansion of Governor John Langdon allows us to see how the wealthy lived hundreds of years ago. The mansion has had many famous visitors and the stories that have happened behind its walls involve presidents, pirates, a midnight rider and one of the first skirmishes of a war that would soon bring us our independence. (Feel free to return to this house later for a full tour inside given by Historic New England!) 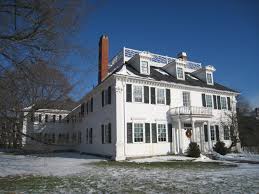 Walking back up Pleasant Street we take a right onto Court Street, which has been refurbished in the last few years and yes, there was even a scandal surrounding the renovation. The majority of our walk happens on freshly bricked sidewalks that have taken over the city during the past ten years making walking easy. Our first stop on Court Street involves the scandalous marriage Celia Thaxter, of one of Portsmouth’s most famous writers.

A slow walk down the street reveals Portsmouth’s quiet beauty that is adorned with Inns, a re-purposed church and a few tales of how stupid we can be when it comes to spending our hard-earned money. A quick stop at the corner of Court and Washington Street reveals that in its haste to drag Portsmouth into the modern world the city fathers made a few mistakes as they realized the importance of the history they were standing on. (they corrected it right away!)

Continuing down Court Street we encounter the houses of  the Strawbery Banke Museum, the cities ten-acre living history museum, as we cross the street and enter into Thomas Bailey Aldrich Park. Aldrich was perhaps Portsmouth’s best-known novelist though his story is not one that is well known. Aldrich inspired a whole host of authors with his A Story of a Bad Boy, some might say that these other authors used Aldrich for a bit more than inspiration. 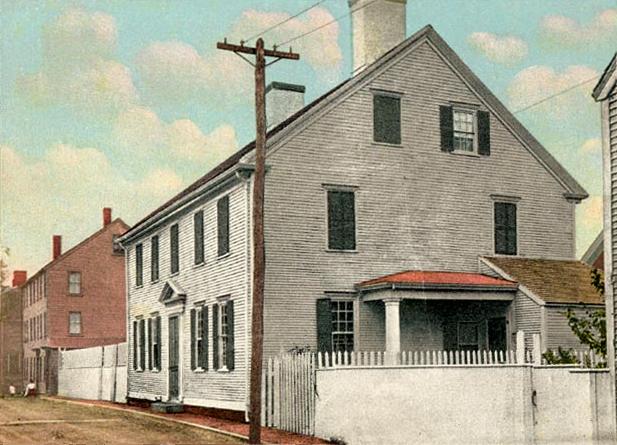 While still in the park the importance of taverns is told and how one riot burst out of a tavern and onto the cities streets. Of course, where there are taverns there are girls of ill repute but worst of all there are spies. Remember television would not be a staple in an American house for hundreds of years leading those with knowledge to go to the pub to share it. All sorts of stories must have been heard at the William Pitt Tavern when revolution was in the air.

What would the tour be without a good old-fashioned murder? Out of the park and onto Court Street we venture to the place where famed murderer Lewis Wagner lived before he flew out of town on a carriage, eventually found in Boston and dragged back to to be hung for his crimes in what was considered at that time to be the the trial-of-the-century! Everyone is involved in telling the tale of the Smuttynose Murders as we re-enact the grisly crime. The story is one of the most famous in the history of the city!  Everyone seems to have their own version of the story! Some even believe it was not Lewis Wagner! Scandal! 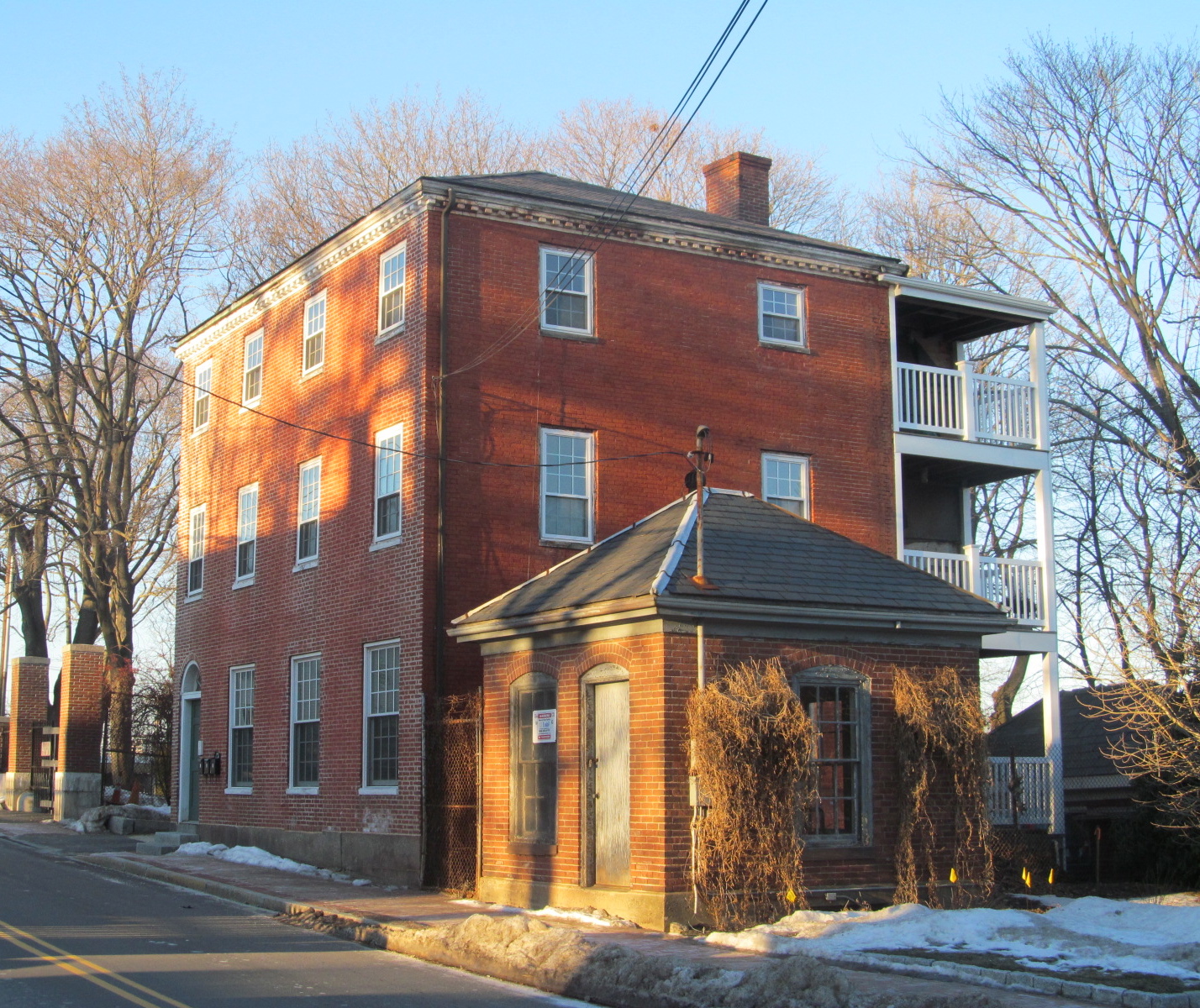 This is how the home of Madame Alta Roberts looks today!

The tour concludes at the beautiful Prescott Park, which not too long ago was a place you would not want to take your entire family! The Red Light District in Portsmouth was infamous and known throughout New England. Tales of Madams, murder, scandal and entrepreneurship end the tour at this beautiful and lush park (where bathrooms are available). Though the park is known now for family entertainment it was entertainment of a different sort that first put it on the map. 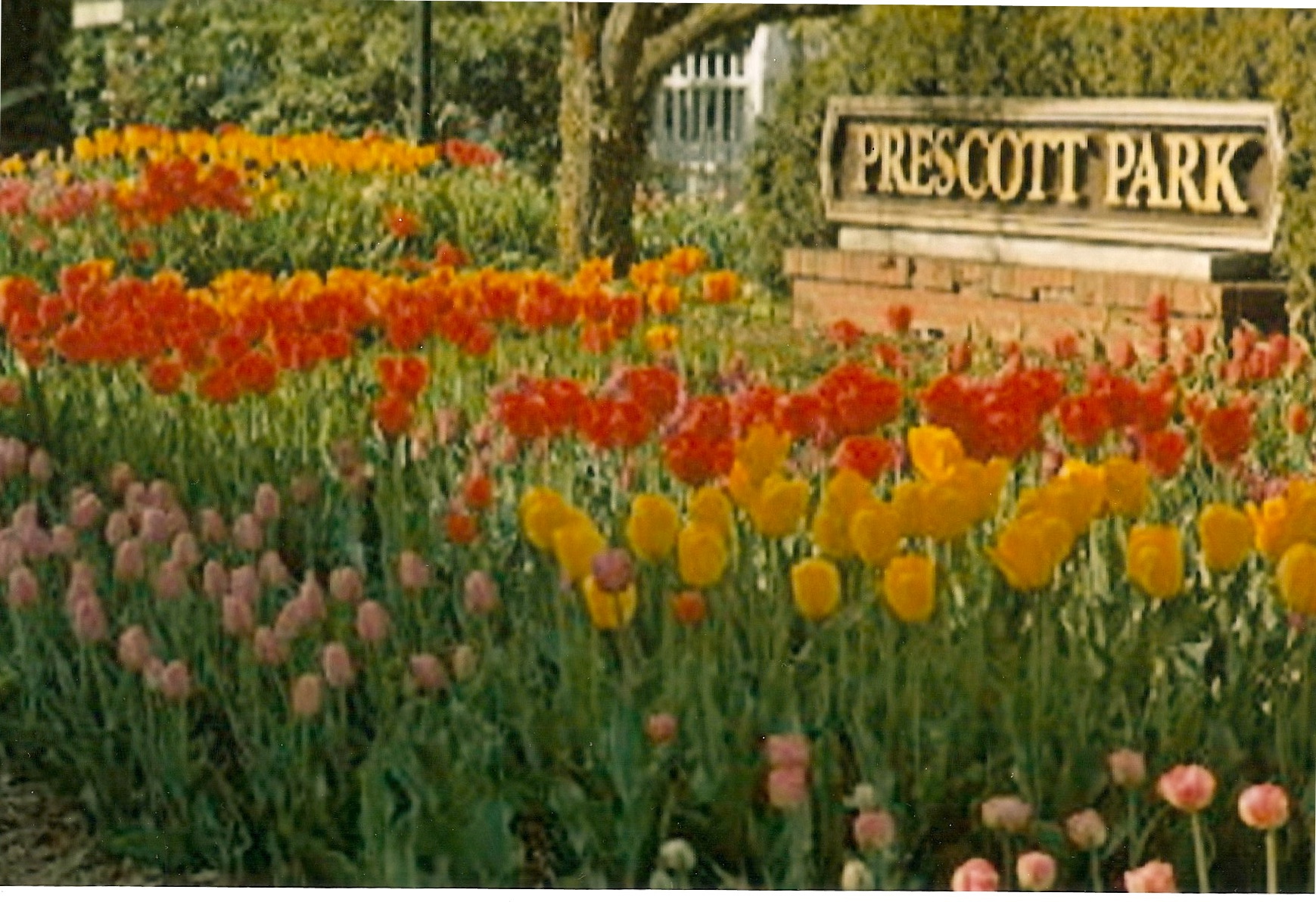 The tour runs roughly 75 minutes though chatty guests can lengthen the tour a few minutes. The tour ends at the opening of Prescott Park where bathrooms are available. The 3.5 acre park is known for its beautiful grounds as well as its formal and trial gardens. Perhaps you might want to end your evening with a walk along the Piscataqua River!  Guides are also eager to help you find your way either back to our starting point or to your next location. We are also happy to suggest one of the many restaurants that Portsmouth is known for or they can supply you with information regarding other attractions. Guests also should remember that the only thing you can’t tip in New Hampshire are cows so gratuities are well appreciated.