The Other-BellyTour, the bastard child of the original Underbelly Tour is less than three-quarters of a mile long but the distance guests’ travel can be measured in hundreds of years. We start at the historically fun Rusty Hammer or as most residents call it “The Hammer”, where food and drink can be easily obtained. As a matter of fact we encourage tour goers to show up a bit early and enjoy a libation while considering their travels. Though the distance is not long and can easily be managed we do suggest good walking attire and above all a good sense of humor. There are seven stops on the tour and with each stop we tell the scandalous stories relating to our stop – of course these stories are served up with a good dose of humor and shenanigans. 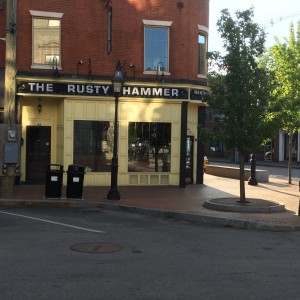 Portsmouth is a beautiful city filled with history and intrigue and with each stop a new layer of the cities veneer is pulled back. It’s hard to believe that so much can happen in such a small space but it did and we are dying to tell you all about it! With each stop a new tidbit of scandal is revealed and we invite you to remember that you are part of the fun so feel free to ask questions at any time.

Unlike the Portsmouth Underbelly Tour, which immediately takes you out of town, the Other-Belly Tour takes you right into the heart of the city as it sweeps you right into a cozy little corner in order to tell the first of our tales. Portsmouth is all about discovering the nooks and crannies of the city and we start you off not at a dazzling historic house but on a sidewalk leading to an ATM. Remember, always that money talks. 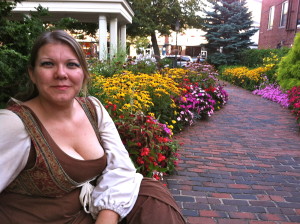 The situations that women were put into (or some which they willingly put themselves into) from the 16-1800’s are nothing less than pure scandal. In this first story that details the plight of women before they had any rights. Detailing the lives of two women in particular we explore the lengths of which some women will go to in order to keep the laws of the land off of their bodies. This fight has often forced women to perform unspeakable acts and has often stained the streets of Portsmouth red. Of course the gentleman here take no responsibility for the danger, peril and eventual murder in which they themselves played an equal part. Luckily, in 1844 something is invented to stop all this tomfoolery – the condom! 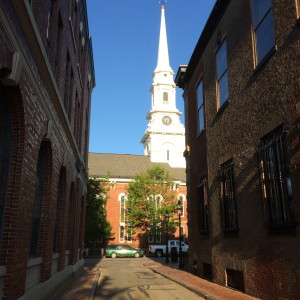 Turning the corner down a not-so-scary alley we venture into the heart of the city that was formed because people needed a place to live and trade while others fished. This alley however is just a bridge from the quiet of a small garden and into the hustle, the bustle and the history of Market Square!

The cities downtown got its name in good measure because farmers, artisans and merchants brought their wares to the city to trade and sell at the market. The city, whose bustling port forced the city to grow and grow, was also becoming important on a national level as rebellion and revolution started to fill the air. With it’s new stature came a new State House once Portsmouth was named the capital city of New Hampshire. Of course that distinction didn’t last too long and neither did the state house which took more than 15 years not to finish and more than 150 years to not find a new home! The glory of having the state capital in Portsmouth vanished as fast as Paula Dean’s career! 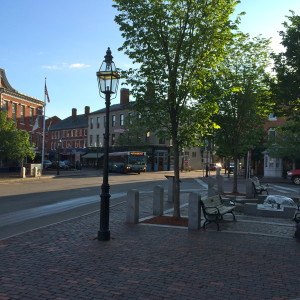 A slow lazy walk down Daniel Street takes us out of the downtown and away from the center of politics during the 1700s. Like most streets in Portsmouth, Daniel Street runs away from the center and heads directly toward the water. Daniel Street is like the ugly sister of State Street, which boasts all new sidewalks and curbing. If State Street is for the tourists then Daniel Street is for the locals. Here, even storefronts mask the original home of famous writer and poet Celia Thaxter, rather than make a bloated deal over it. In another part of town she is heralded but here she is merely a plaque between an Italian sub sandwich and a place to buy glasses.

Continuing down Daniel Street, where you can get breakfast, a gallon of paint or a tattoo, our next stop is at the eerily out-of-place Portsmouth Post Office, which looks more at home in the 1960s than in this historical city. The Thomas J. McIntyre Federal Building, which serves the city as, the only local post office is currently between owners, as the Federal government wants to sell it to the City of Portsmouth, but like a good prostitute they cannot settle on a price. 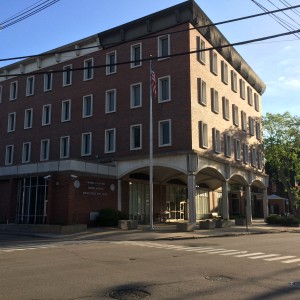 The site is the perfect place to tell the stories of the three Great Fires of Portsmouth. The fires, which took place in 1802, 1806 and 1813 not only changed the way we fought fires but it also changed the way in which the city looks today. Of course, each fire has it’s own set of particular circumstances and those stories will be detailed, sung about and helped by those in attendance. Of course it is important to remember that throughout all of these disasters the town came out looking the better for them. During one fire more than 600 buildings were destroyed and the smoke for the blaze was said to have been seen all the way to Boston. The people of the city however persevered despite the heat. Remember, for some of us the only time we will have a smoking hot body is when we are cremated.

Leaving the federal building we once again step deep into history and back into the scandals that would have people shocked now but barely raised an eyebrow at the time. Stopping at the historic John Warner House, one of the most elegant historic homes in the city, we discover that a man will go to any lengths to get what he wants. Of course he wasn’t the only man doing it and it should come as no surprise  that what is good for the goose was never good for the gander. We would have to wait for Gloria Steinham and the 1960’s to even start that battle! 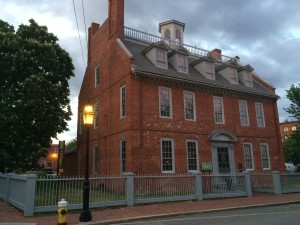 After our visit to the Warner House we travel across a church parking lot (you would not believe some of the stories coming out of that church) and into the magnificent beauty of Harbor Place. Once the site of an old, disheveled parking lot the scenic patio is now the perfect place for lovers – lovers of scandal that is! At one point in history here ran a business that would change the course of Portsmouth’s history as well as introduce the city to one of its most famous citizens. For here was brewed beer and this beautiful brick patio is the perfect to talk about the famous beer brewers of the day and the most famous beer baron of all – Frank Jones. 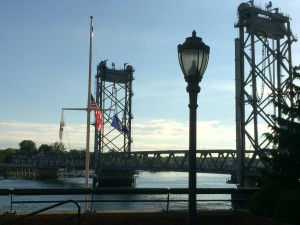 Frank Jones was a lot of things to a lot of people but to most people he was just their employer. In just a few years he brought his brewery from relative obscurity to become one of the biggest brewers in the country – what makes us cast an up-turned eye is the way in which he succeeded. There is not a lot of mystery about the man just about his methods. However, Jones’ most successful attribute was keeping his money to himself – though he has been compared to Carnegie and Rockefeller, two Gilded age barons who shared their wealth, Jones died not by sharing his good fortune but by buying himself the largest monument in the cemetery. To Frank Jones apparently size did matter!

The tour runs roughly 75 minutes though chatty guests can lengthen the tour a few minutes.  Guides are also eager to help you find your way either back to our starting point or to your next location. We are also happy to suggest one of the many restaurants that Portsmouth is known for or can supply you with information regarding other attractions. Guests also should remember that the only things you can’t tip in New Hampshire are cows so gratuities are well appreciated.

The Other-Belly Tour is available by private booking only for groups of fourteen or more. Tw special presentations of this tour will be scheduled and announced!