The brand new The Other-Belly Tour! 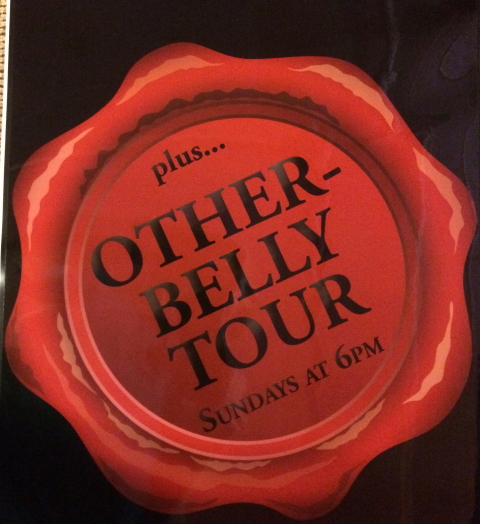 Yes, it’s true. After nearly 13 years of scandal, revenge, debauchery, mayhem, murder, pathos and  malarky we here at the Portsmouth Underbelly are ready to present to you our bastard child – The Other-Belly Tour to be presented on Sundays while the Portsmouth Underbelly Tour will still be presented on Saturdays and Mondays!  So strap on your seat belts because it is going to be a bumpy ride. For those of you who have waited too long you may have all ready missed it as the last scheduled performance will be Sunday, September 20! (The tour will be presented as a “Special event” a few times during 2016!)

We felt it was time to cast our gaze over a wider net and to give those who have been on our regular tour 6 or 7 times something new to chew on! The Other-Belly Tour is much like it’s step-mother in that it puts forth a series of stories and events that usually go missing in the more presentable history books. Though all of these stories are known we put our own little spin on them in our never-ending journey to prove that history does not have to be boring. History also does not have to be presented in a library, a stuffy meeting room, a school room with no air or ventilation or on some odd channel that also features how aliens are responsible for most of the events described in the bible. We like to do it in the open air! 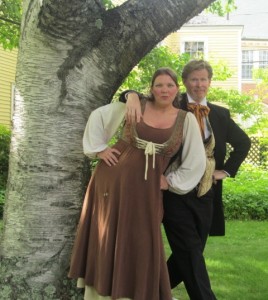 With a new tour comes a new route (see The Other-Belly Tour route under About the Tour!). Though we still start the tour on the corner of State and Pleasant street (The Rusty Hammer) where guts have met us before this journey instead takes us straight into the heart of the city instead of away from it’s hustle and bustle. The new tour will hopefully open your eyes to some of the stories that have taken place on the streets where you thought shopping was the main past time. Walking through downtown today you would never guess that indecision, hanging, lechery, condoms and fire would be as common as another coffee shop.

The Other-Belly Tour offers a glimpse into the seedier and sillier side of the Seacoast town where indecision and politics are used to build a state house only to have it built, refurbished and taken apart and moved before you can exhale one breath; or how about the treatment of women who in order to save their own lives and reputation perform an act so foul that the only price to pay is their life. Of course we here in the North would never hear of such scandal. Or would we?

Men have been known to do things behind closed doors that they would never admit too but it is funny to see the scandalous acts they will perform right out in the open. A proper marriage in our history usually meant to be between two consenting adults however in the last hundred and fifty years marrying a girl the age of your babysitter was often the norm. We complain about those “southern” people” but we in the North have them beat! 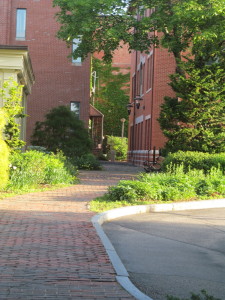 These stories of course provide the bones of our tour which has always brokered one commodity more than any other : laughter! The interactive tour is silly, crazy, risqué, ridiculous, scandalous and hysterical all at the same time. We hopefully can teach you something while you blush. After all, that is our whole story and we are sticking to it!

The Other-Belly Tour is a privately booked group tour for 15 or more!  For reservations Call (978)683-7745, email us at wholemoon@verizon.net or make reservations here! Of course the important part is not how you do it but that you do it. No fear of commitment here!

(The Other-Belly Tour will still be available for private bookings of more than 15 or more. As always, we are happy to personalize your private tour!)

The Failure of the Condom in the 1700’s and Beyond!

John Paul Jones – So You Want to be a Rock Star!

Take a walk on the wild side…….

Posted On October 20, 2013 ~ 0 Comments
After ten long years we have finally managed to put up the Underbelly Portsmouth website. This site will be used to keep everyone up to…