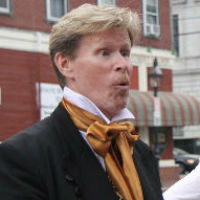 George Hosker-Bouley is the former artistic and executive director of the Prescott Park Arts Festival and an award-winning playwright who has more than 17 Spotlight on the Arts Awards for his work. George has written and produced more than 21 full length plays, 30 children’s shows and has won the title of Best Original Play on the Seacoast eight times. George’s work has been seen by more than 1 million people (that’s live – not You Tube!) and his original work has appeared in every New England state. George currently sits on the Board of Directors of the Pontine Movement Theater Theater and is a past Board member on the NH State Council on the Arts – New Works panel. George received the Key to the City of Portsmouth by Mayor Evelyn Sirrell who also named June 28, (his birthday) as George Hosker Day. George has created the Piscataqua Faire – A Renaissance on the Waterfront, the Portsmouth Illuminated Holiday Parade and currently teaches improvisational theater in three states while also producing special events exclusively for the Portsmouth Historical Society. George was named Best Business Writer by the New England Press Association and has been published more times than Carter has liver pills. 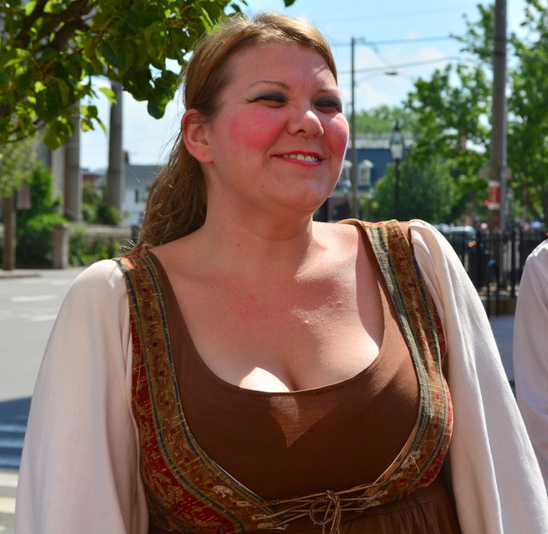 Sarah Shanahan, is known for her broad portrayals of women on both sides of the fence. Sarah is also the winner and multiple nominee for Best Actress in a Musical for the Spotlight on the Arts Awards. She has performed throughout the Seacoast and beyond. The critics heralded Shanahan’s latest performance in “Parlor Games”. 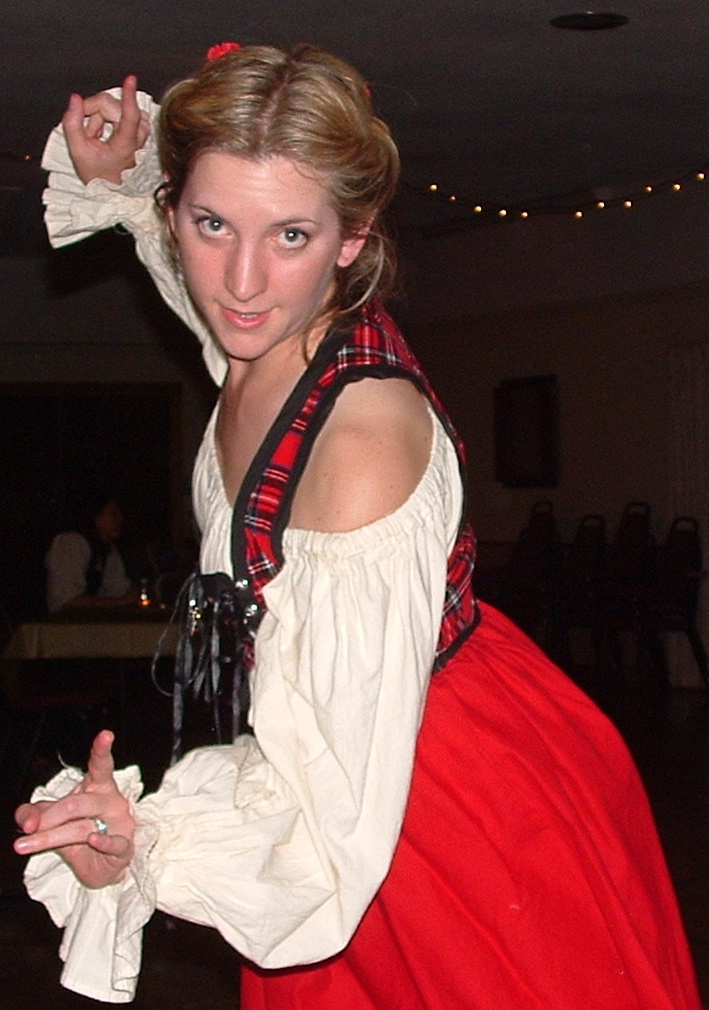 Meg Oolders has been a part of the Seacoast theater scene since 1999.  She starred in five musicals at Prescott Park including the title role in the 2003 production of Peter Pan. Her recent credits are Carpe Diem’s annual holiday soiree A Dickens of a Christmas at the Old Salt in Hampton, and most recently Where There’s a Will at the West End Studio Theater.  Meg earned her degree in Musical Theater from the University of New Hampshire in 2002 and is grateful for every performance opportunity that has since come along, allowing her to continue her education through experience. When not performing, Meg works part-time as a personal chef.  She also works over-time as a new mom – her most challenging and richly rewarding role to date. 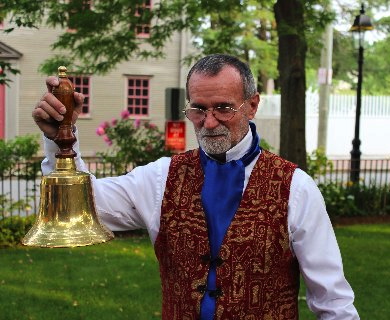 Michael Hosker-Bouley is primarily known as New England’s finest set designer but he does take an occasional turn at performing. He has designed A Prenuptual Disagreement, The Gumshoe Diaries, A Civil Tongue, Parlor Games, The Glocuester House Boys and Where There’s A Will…. Aside from performing as Smythe, Michael has also played the Ghost of Christmas Past in A Dickens of A Christmas since, 2009. For the first three years Smythe was a mute but in recent years he has found his voice.

The Bunches of Grapes was one of the original taverns in town that specialized in female companionship for a price. It’s namesake is located originally in London, England and is still open to serving just liquor today! 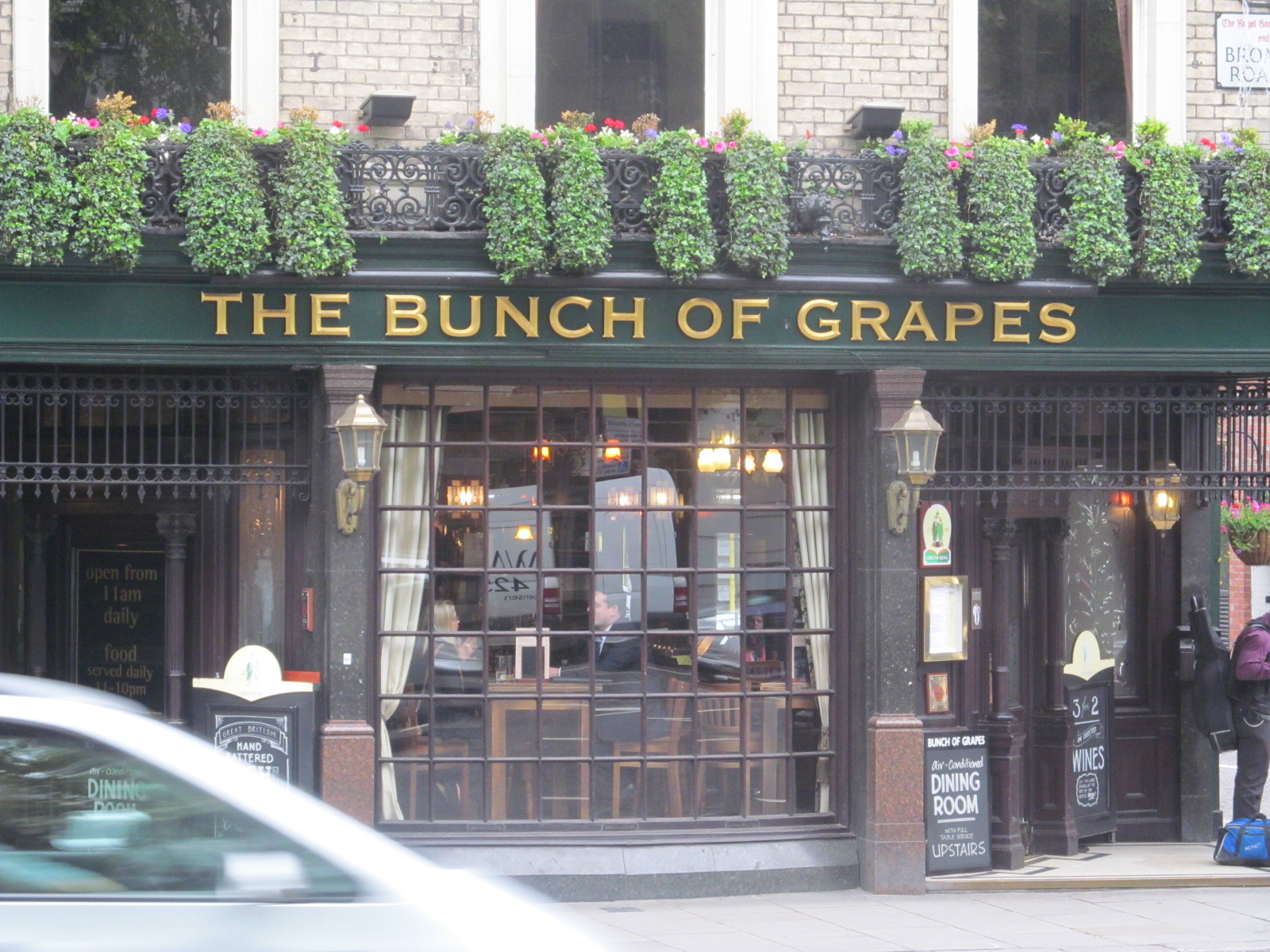